The native resolution of the projector determines by the total number of pixels of the projector. The clear and more detailed images will appear if more pixels can fit in the display. Especially for home theater projectors, higher resolution is very important.

With the H/V ZOOM function, you can shrink the image size from 100% to 50% using the remote, while others home tv projector can only do that by changing the projection distance.

Yaber mini projector has the latest built-in Bluetooth 5.0 chip, so you can connect freely your Bluetooth speaker at any time.

YABER provides 6 months back and 5 years of repair warranty and lifetime professional technical support. Black spot can be solved easily.

To read more about home tv projector go to this link 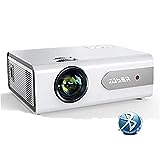 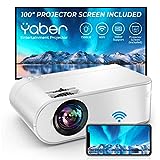